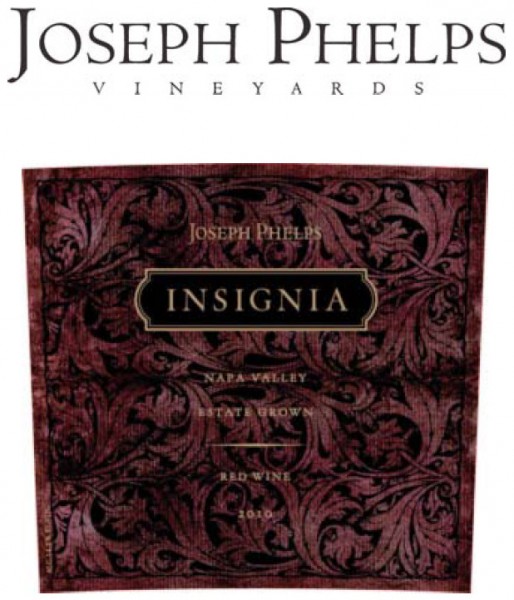 Originalbewertungen:
95 Parker Punkte
2010 Joseph Phelps Insignia 95
The stunning 2010 Insignia, which is now in bottle, was made from 84% Cabernet Sauvignon, 10% Petit Verdot and the rest Merlot and Malbec, 11,060 cases were produced, and it achieved 14.9% natural alcohol. All of the fruit came from estate vineyards. A gorgeously intense bouquet of lead pencil shavings, spring flowers, black currants, blackberries, and subtle smoke and foresty aromas jumps from the glass of this full-bodied, rich, concentrated wine with soft tannins, a multidimensional mouthfeel, and a long, rich finish displaying well-integrated acidity, tannin, alcohol and wood. This beauty is one of the top Insignias produced over recent years. It should age easily for 20+ years.

93-95 Parker Punkte (Robert Parkers Wine Advocate, December 2012, Issue No. 204)
2010 INSIGNIA PROPRIETARY RED WINE NAPA (93-95) POINTS
The 2010 Insignia is striking. Cool, mineral notes frame a core of blue and black fruit, licorice, spices, smoke, and melted road tar as this stunning wine opens up in the glass. Totally alive in the glass, the 2010 captures the essence of this cold, late harvest. Hints of menthol, violets and crushed rocks all flow through to the incisive, vibrant finish. My sense is that the 2010 is still holding back much of its significant potential. The 2010 is 85% Cabernet Sauvignon, 10% Petit Verdot, 3% Merlot and 2% Malbec. Anticipated maturity: 2017-2030. -A.G.